Mila Posthumus is a South African artist who works in oil on canvas, in a fairly realistic style. Her work is predominantly figurative. As is often the case with portraits, the characters inhabiting her paintings reveal and conceal in equal measure. One has the sense of having stumbled upon a private moment, the subjects caught off guard, the poses accidental rather than posed, and the focus shifting from the beaming smile to the stifled yawn. The effect is simultaneously random and intimate.

The paint application is tactile, with brush strokes varying between sharp focus and blurred lines and the underlying process is often left visible in places. The subjects appear in pared down settings, sometimes to the extent of abstraction, with focused detail in some areas, while others are left almost undone.

In recent works, she has started to play with the idea of an animal spirit or, more magically called: a familiar. The concept being that a person is guided by that which is hidden in the subconscious. The familiar may be depicted as a companion but in fact reveals something about the essence of the subject. It is mostly done in a light, playful way.

Mila studied at the University of Stellenbosch and lives and works with her family on their farm in Stellenbosch. 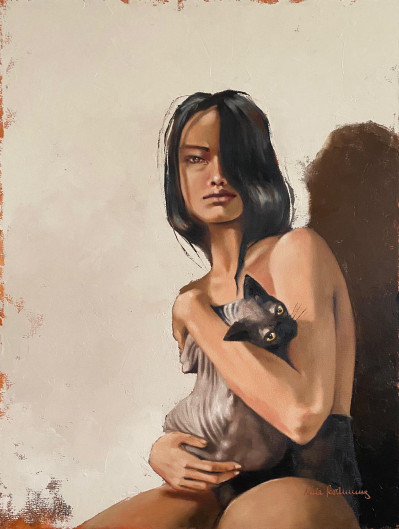 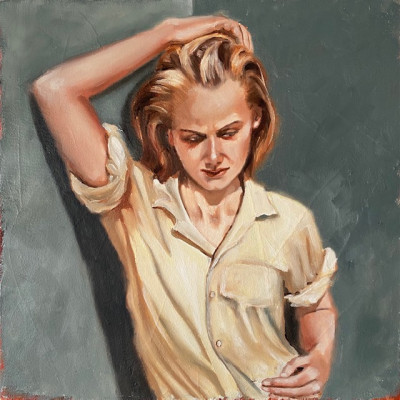 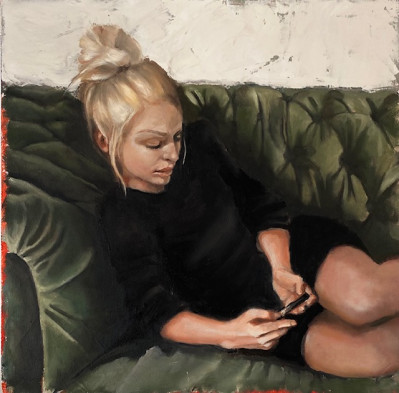