Born in South Africa on the 24th of June 1981,  a descendant of the renowned 19th Century English painter John Thomas Baines.

Bastiaan, of half Dutch, half South African descent, grew up in Cape Town, South Africa. Bastiaan is primarily a self taught artist but at a young age he received private art tutoring and Guidance. After his schooling in 2000, Bastiaan then began to fully dedicate himself to painting and commenced exhibiting his work, an endeavour that he continues to this day

In his own words, “What drives me is the process, the creating, and the creation itself is just another stop on the way. His paintings are expressed using a diverse range of tools and mediums including paint, cloth, encaustic wax, hair, glues and collage. His other projects include taxidermy and sculpture.

van Stenis’ art is captivatingly unique.  His style commands the viewer’s attention, and his subject matter absorbs their interest.  The figures that are presented both explode from, and dissolve into, the creamy peach oranges, mint greens and Naples yellows that have become a central part of his style.

The serenity of these backgrounds contrasts the figures and scenarios that  are depicted upon them.  van Stenis’ art, inspired by the surroundings that he exists within, is saturated with layers of mixed media.  The use of alternative mediums in the works themselves, takes the idea that we are a conglomeration of the influences that define us further.  The masterful manner in which he weaves his mediums together becomes significant, and it represents the stitching together of the self in a dreamlike portrayal of reality.  The worlds that van Stenis creates develop with time – small details move to the fore in the viewer’s appreciation of the work.

The childlike brutality of the works evoke a deeply personal understanding of the works for the viewer.  They become a personal narrative of growing up and surviving as an individual in the complexities of social codes, expectations and definitions of being.  van Stenis challenges this as he depicts seemingly mundane moments with a feelings of simultaneously imploding and exploding – we become what we gather and experience.  We carry memories like marks that define us.  We collect emotions and they shape our form.  Our permanence is found with the smears that share chosen identities.  We embrace the classicism of artistry, the modernity of texture, the protest of neo-expressionism and the possibility of more in this style that lies beyond definition. 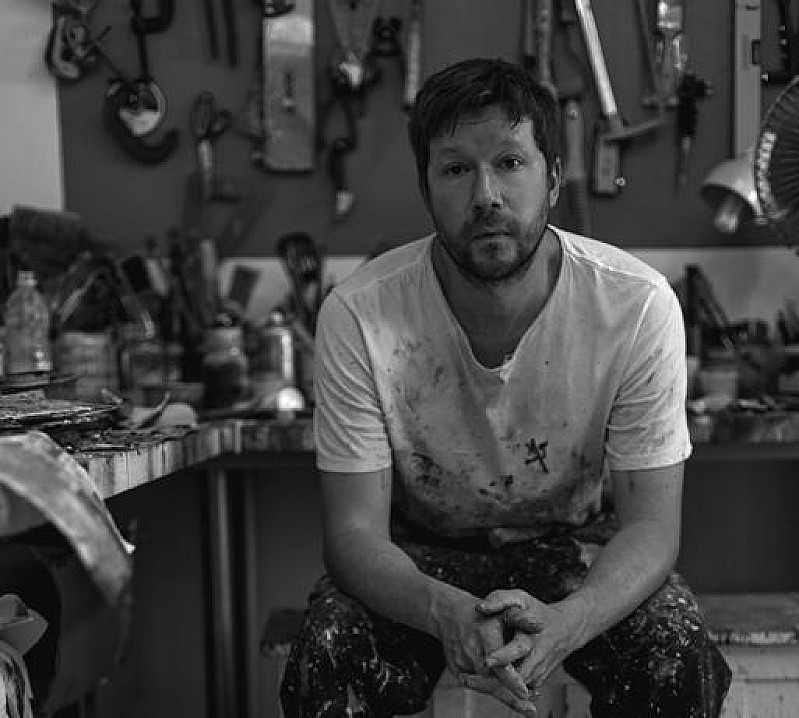 Pervert and the Painting, 2021