Cape Town born Gordon Williams’ paintings are a unique combination of Expressionism and Impressionism. Largely self-taught, in 2012 he devoted himself full time to painting.  His medium is mainly acrylic on canvas or charcoal on paper.  Gordon works from his self-built home & studio in Riebeek Kasteel or en plein air in the rugged landscape of the Swartland region.

His forays into landscape painting moved onto depicting colourful bold & vivid still life arrangements often including furniture that he has made.  He uses only white and the three process printing colours, (magenta, cyan & yellow) to create his paintings.

Gordon’s artistic talent was initially nurtured under Henry Symonds at Rondebosch Boys High School and his inspiration comes from a lifetime of appreciating objects of beauty and a love of nature. To date he has had seven solo exhibitions and been included in a further eight group exhibitions. 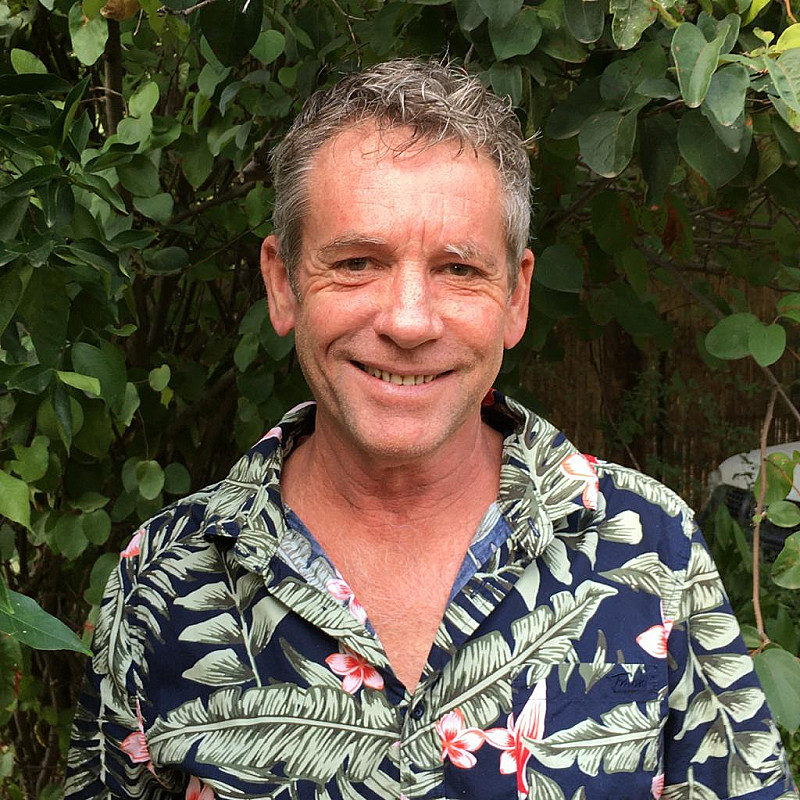