Zimbabwean born wood sculptor Lameck Tayengwa learnt his craft from his father from the age of nine.  When not at school or out herding cattle, he would help his father make carvings  His love for art prompted him to register at a local college.

After graduating he started designing and selling his work in Zimbabwe, but sales were slow.  This is when he decided to test the waters in South Africa, attending big markets where he would sell his carvings and return to Zimbabwe having made a 'good profit'.  He moved to Cape Town permanently in 2009 and now resides in Dunoon.

Lameck's large variety of animals and quirky wooden human figures depicting everyday life are carved entirely with a Swiss army knife.  These are then lovingly sanded with fine sandpaper.

Lameck receives commissions and his works can be found in art collections all over the world. 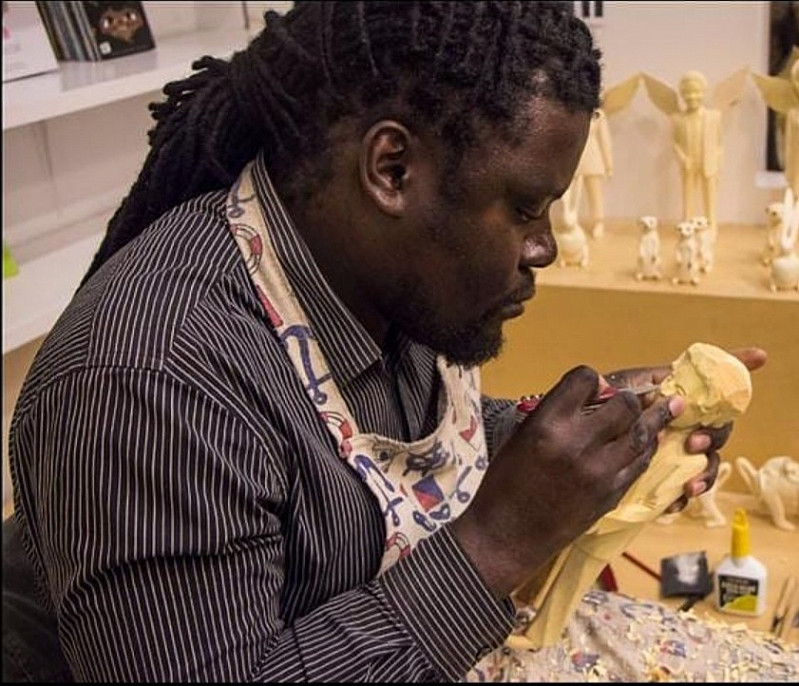