“Change is the only constant”, a familiar term but one we have particularly had to come to terms with one way or another over the last year or two. So much has changed, is changing and will change in the immediate future that even previously unquestioned institutions and ideas, if they have not crumbled, have been shaken. For many of us at this time some action is being demanded, or we are being pushed to make difficult decisions.

One way to deal with all this is to jump!

Jumping can offer a way out, it is about movement and energy.

The works on this exhibition explore what happens when you make that leap of faith, take the risk of starting something new, or accept an ending by moving on. We explore the hidden emotional jump needed to stay afloat in the chaos and change and where possible to rediscover the excitement of new possibilities.

Participating artists' biographies and their thoughts on the nature of change:

When he was younger, much younger, the boy had a purple plastic helmet.  And a green zip-up corduroy jacket.

When he was younger, much younger, the boy could choose whether to sit or to stand on the swing in the back yard of his childhood home in Greyling Street.

Then, that time, he could stand on the swing and move it at the same time.

And the long chains that held the swing would make a noise.

Even the wind would make a noise as he worked his way slowly, as he forced his way steadily with his arms and with his knees, higher and slowly higher.

The sky, too, and the clouds and the other side of the colour blue – where he had never been – all, all would make a noise.

And the noise sounded like an invitation to go along.

The noise sounded like a suitcase with big shining metal clips clicking open.

The noise sounded like the sound a young girl might make on a trapeze when she opens her hands, and she lets go.

A young girl with small strong hands and feet.

A young girl in a blue costume with small white flowers sewn up the side by her mother.

A girl who has not dropped or slipped.

A girl who learns everything by heart, all the time.

Who looks all the time around her.

Who notices small things, and big things too.

Who looks, and decides.

Who counts downward carefully from one to zero.

Who does not close her eyes.

Who wants to see everything, even the silence, with her eyes.

Who hears the boy, the boy in his purple plastic helmet. And his green zip-up corduroy jacket.

Sitting, and then standing. Working his arms and his knees. Slowly, steadily.

Pushing through the air, up the steep slope of the air.

And the girl shouts.

And the boy jumps off the thick wooden seat that is attached to long strong chains that are attached to a stout cross-bar of iron that is held up by four thick iron poles painted in silver rust-proof paint.

And the boy covers his eyes with his hands, because the sun is so very bright.

And the girl covers her eyes with her hands, because she does not know what will happen to the boy when his encounters the air.

And she opens her small strong hands, and she lets go of the bar of her swing.

She jumps down into the wide, wide, utterly empty air that is rushing upwards to fetch her 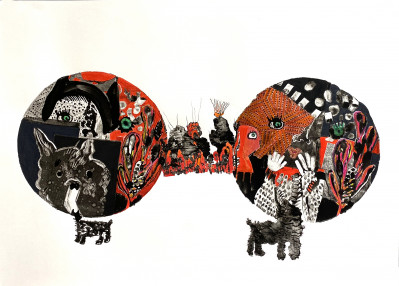 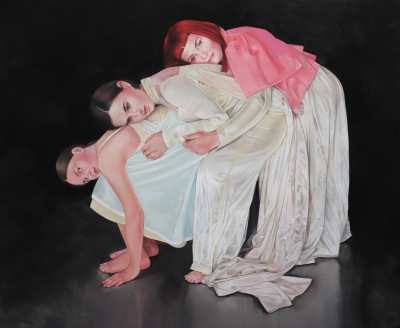 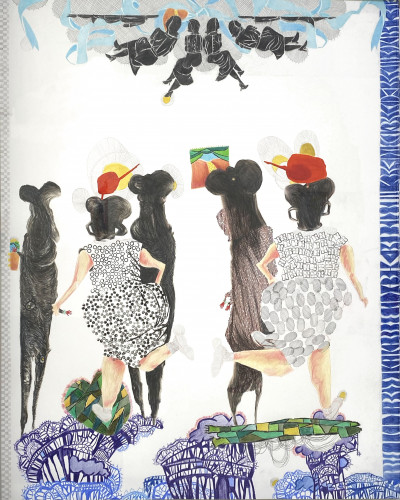 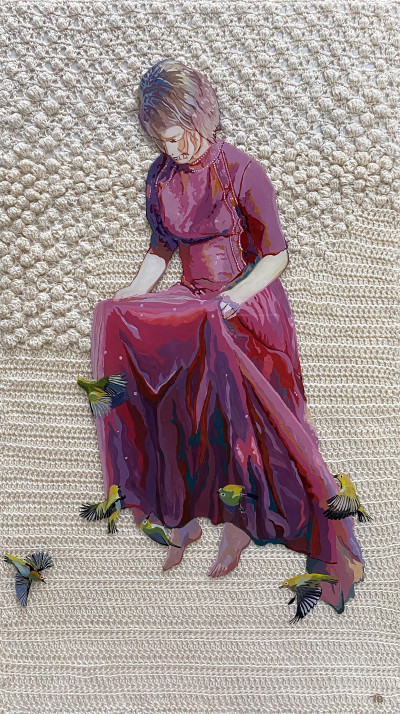 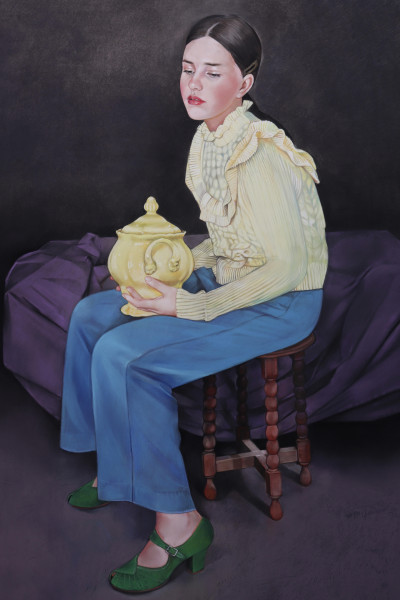 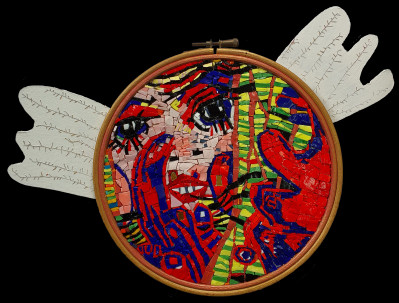 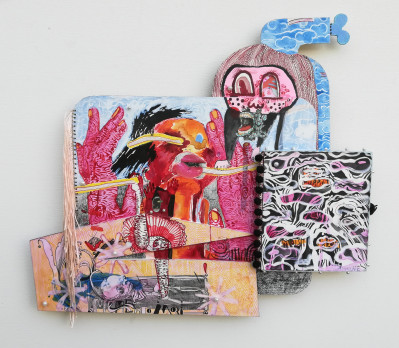 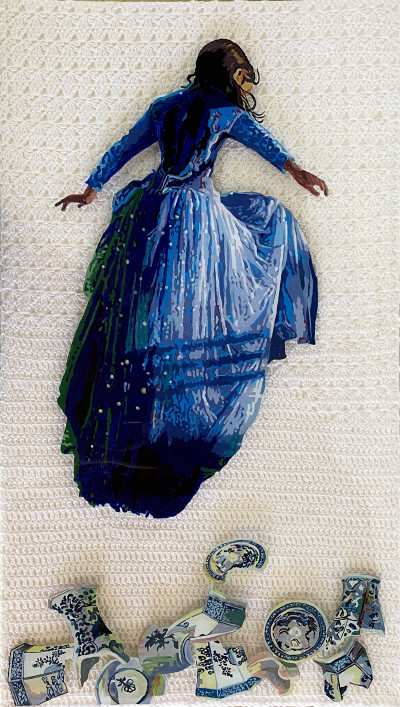 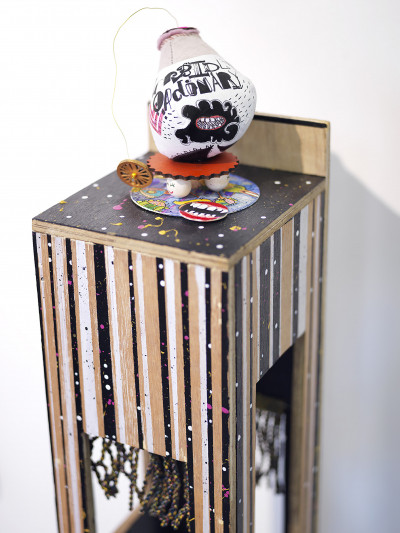 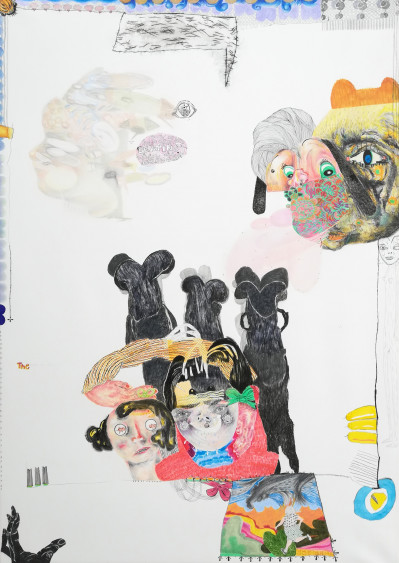 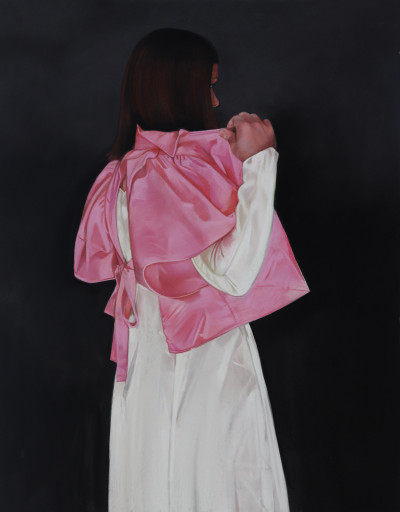 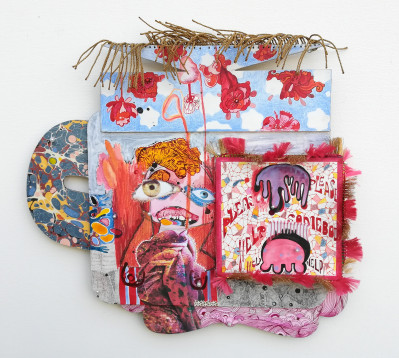 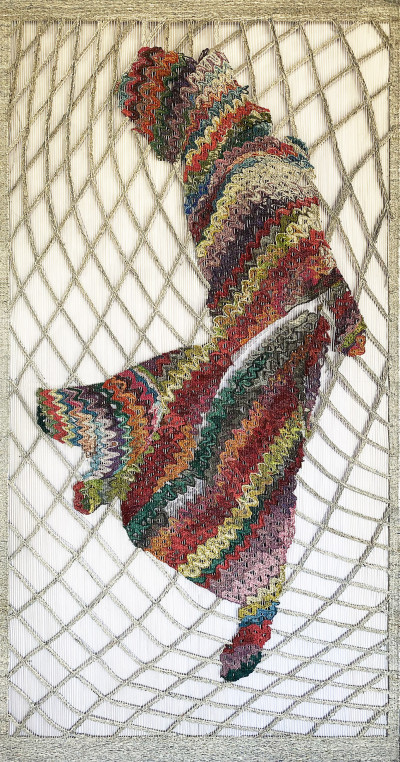 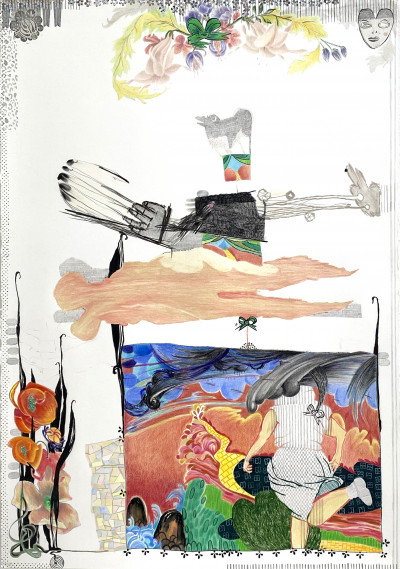 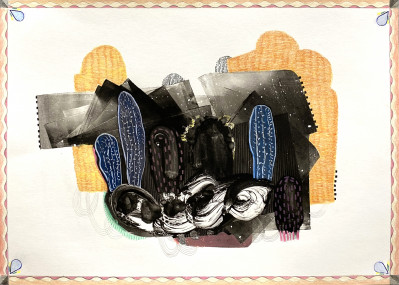 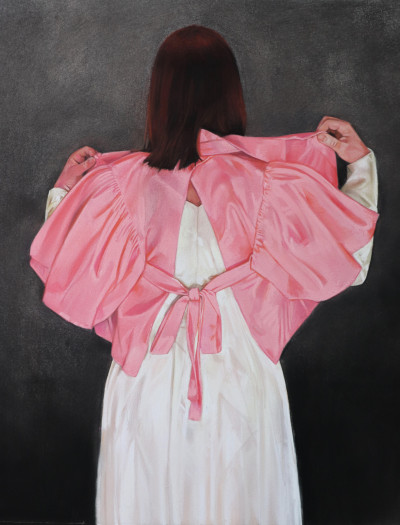 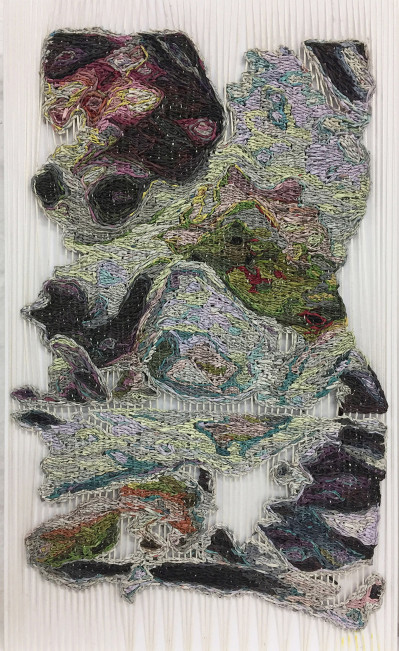 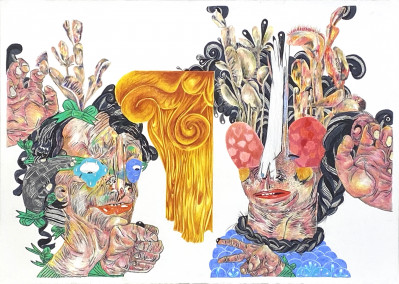 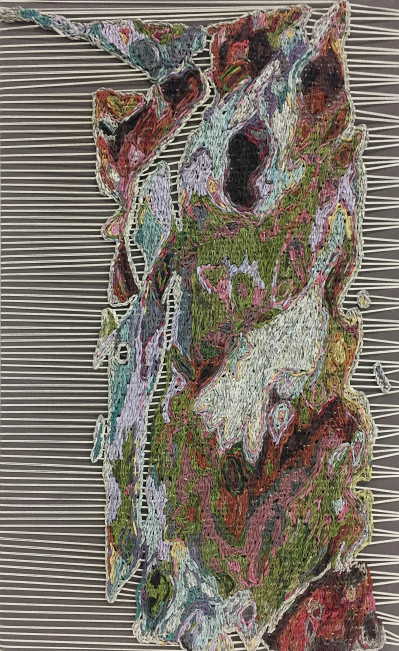 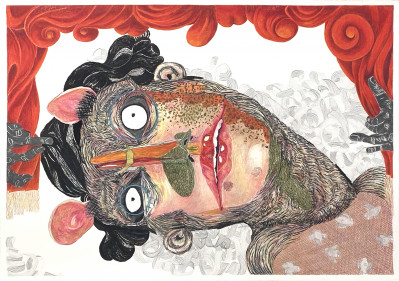 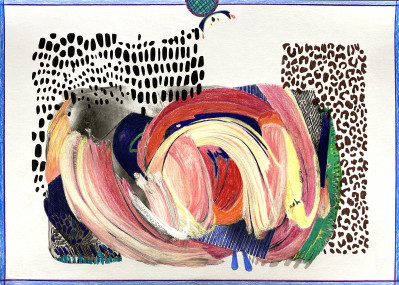 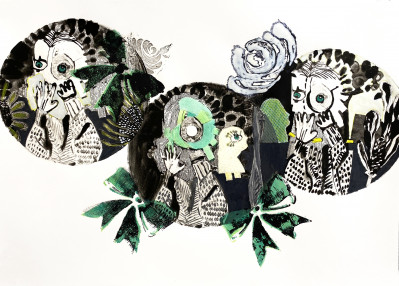 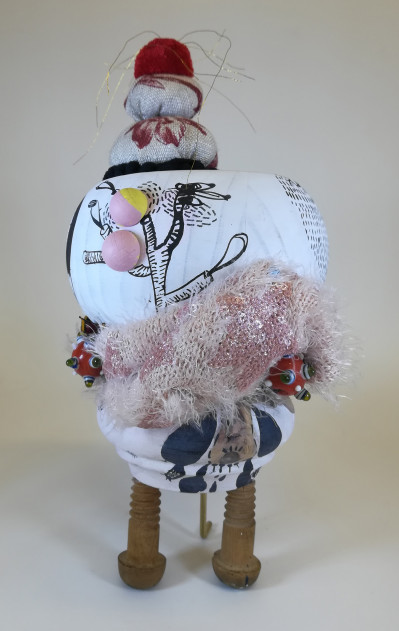 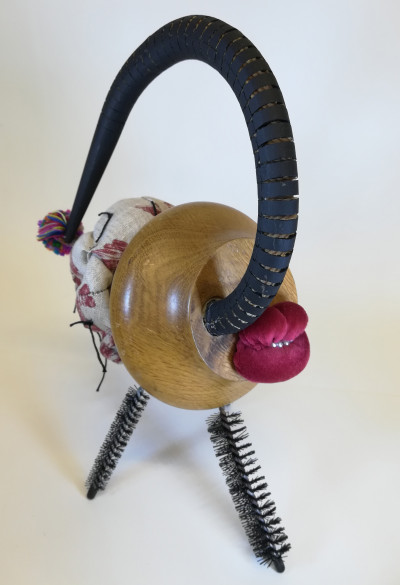 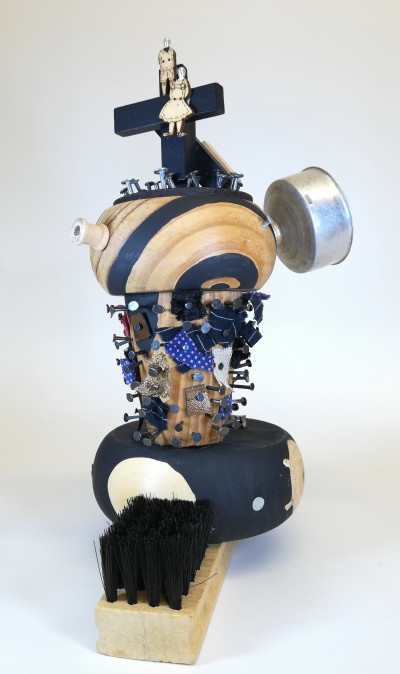 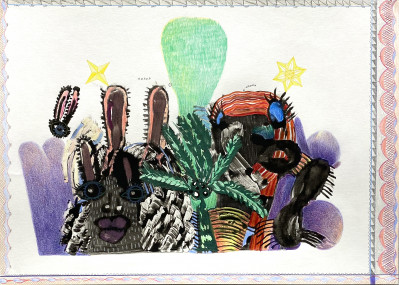 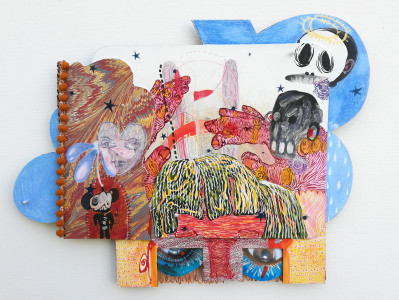 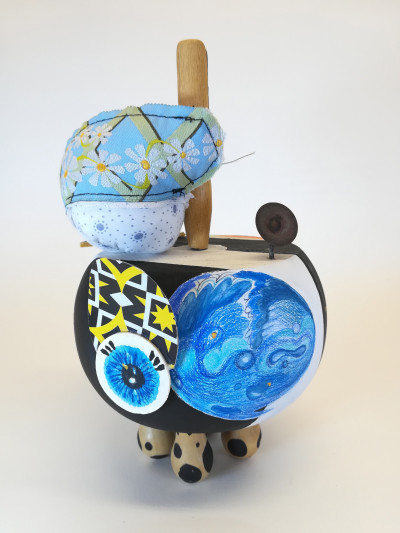 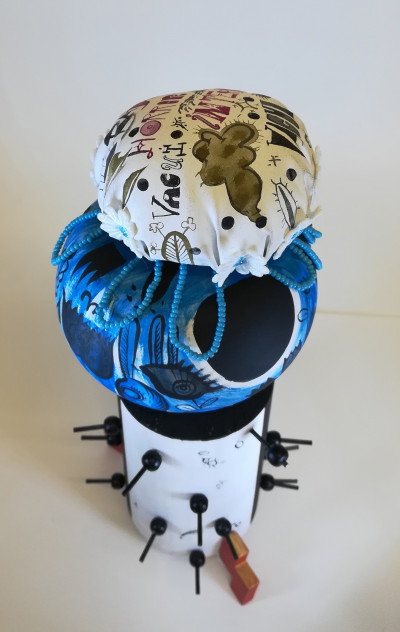 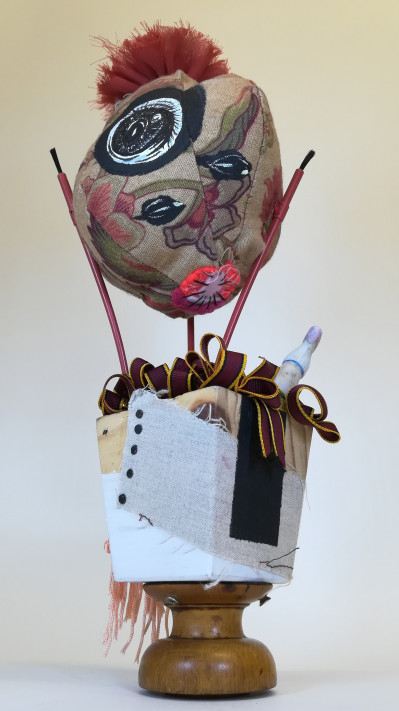