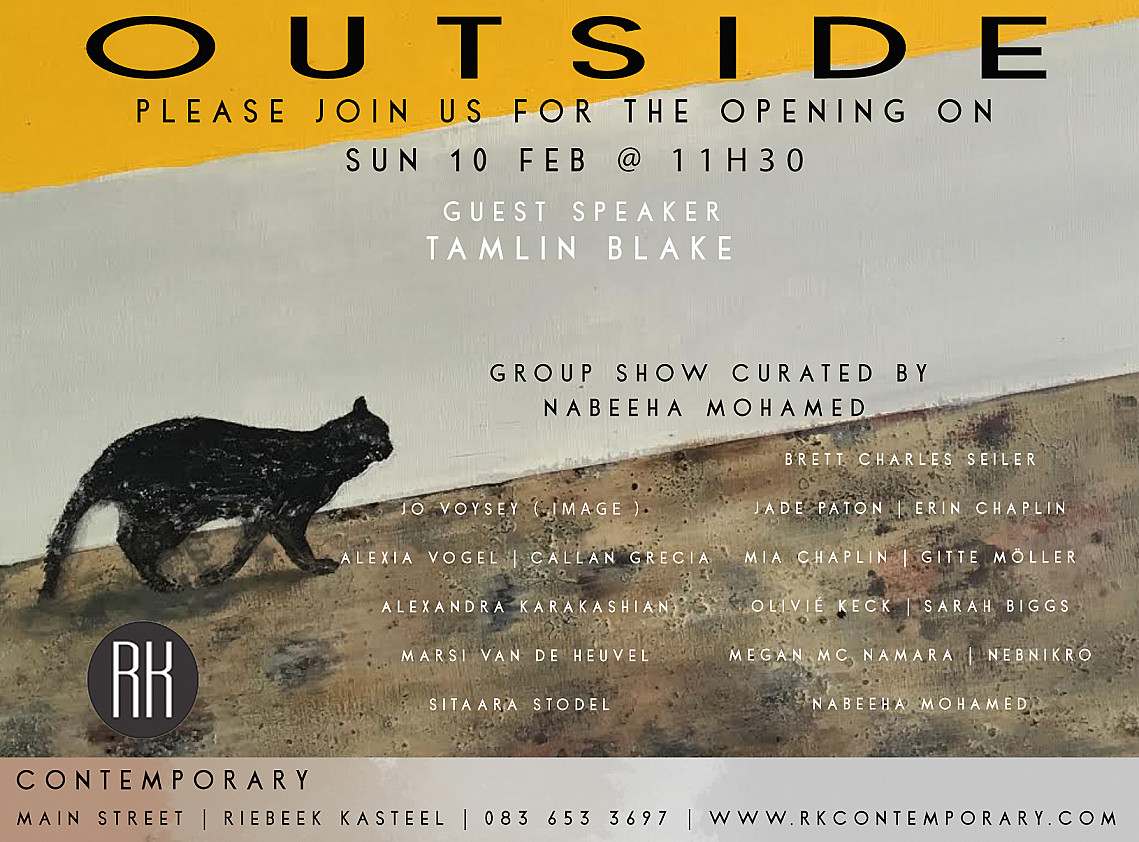 Artists are invited to contribute an artwork mortivated by the title 'Ouside'.  The gallery itself exists 'outside' the city and artists were invited to explore what it means to be outside, to be on the outside, what exists on the outside.  The formal elements of line and colour can describe the outside of a building or a simple brick wall can evoke the play between outside and inside.  The outside is a common call to nature and the outdoors and its radius is defined purely by position and perception. In an emotional response being an outsider may speak to a sense of isolation and a lack of belonging.  The show is partly inspired by Outside Art (or Art Brut) - a term used to describe art created outside of official training and art considered to be free from societal constraints.  The show thus aims not to only represent the work of established and formally educated artists but to include and introduce new voices.