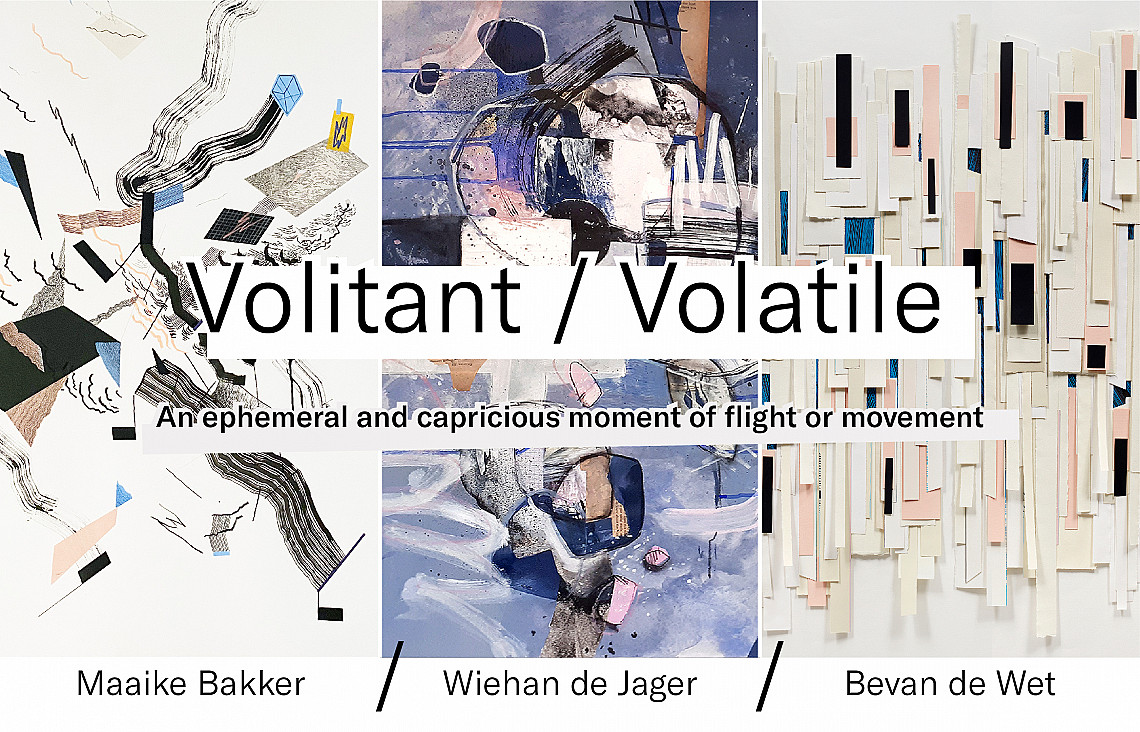 An ephemeral and capricious moment of flight or movement

On most occasions, we seek a constant over the unimaginable, stability rather than disruption, the known instead of the unfamiliar. Yet, during times of discomfort, distortion or at the precipice of the unknown, we somehow seem to come out more content on the other side, as if we mature or advance regardless of this. We learn more because we are more wakeful. We discover more, about ourselves, our desires, our faults, our methods, our resilience, our limitations. Things are all up in the air. Floating. Soaring. Perhaps gliding. There is a change. An excitability that brings forth a moment of anticipation. An unpredictability that could rapidly and capriciously generate transformation.

I’m struck by the timeous resonance to be found in the title of this exhibition. There is a felt sense of things being volitant and volatile as we take in our present moment. I will spare us from listing the litany of transformative forces that have taken hold of our lives over the last couple of years, as these global occurrences have already impressed themselves so persistently in most of our daily conversations. So let us depart rather from a point of agreement that things have in fact been volitant and volatile. Things have felt volitant in the unchartered changeability of our everyday lives - the feeling of permanently being in a state of ‘lift-off’ towards an unknown destination. Things have felt volatile in the rapid and erupting nature of these constant changes as they cascade over into every imaginable direction of our lived experiences. Our idea of stability has been replaced by the ‘flutterings-about’ of uncertain unknowns and the unpredictable unravelings of that which once seemed cemented. When engaging with this work I find it hard not to think back to other modes of abstraction, specifically the one that emerged from another moment of volitant volatility surrounding the world wars of the previous century. Here, abstraction was born out of a longing for transcendence. A movement away from figuration in an attempt at reaching the absolute: a place of mythologised eternal certainty that exists beyond the tumultuous realities of embodied life. This was a reductionist abstraction. I am thinking here, for example, of the seemingly teleological progression leading Kasmir Malevich from a dynamic field of geometry and colour towards the erasure of all material signifiers, following this reductionist tendency to its logical conclusion with his white square on white background in Suprematist composition white on white (from 1918). Malevich’s abstraction faced the challenges of uncertainty by reaching toward the ever evasive absolute, the unrepresentability of the all-knowing and ever stable. The abstraction that we encounter in Volitant Volatile (just more than 100 years later) presents itself, however, as a different kind of abstraction. This abstraction is one of surplus, multiplicity, and the play of differentiation within a dynamic unfolding of continuous emergence. Visual strategies for abstraction have been invigorated here, in themselves becoming volitant and volatile through a radical shift away from transcendence towards immanence. An energetic shift away from the yearnings for a distanced absolute, jumping back instead into the vibrancy and uncertainty of the present moment. There are no absolutes perpetually waiting to be uncovered. No, here, in these works, a heightened sense of anticipation and fully-charged dynamism emerges that faces volatility with the eruptive potential of what we might call ‘volitance’. Andeven though volitance may not be a ‘real’ word—yet— I feel emboldened to use it anyway, as I am guided by these works that, in their unfolding, dynamic energy, seem to underscore the meaningful potency of the ‘not-yet’. Lines, shapes, textures and colours seem to dance around in what Stephany Springgay and Sarah Truman refer to as the “speculative middle”. An in-between space that vibrates with an energy generated from the tension between the certainty of being and the potentiality of becoming. This space is filled with explosive seeds of possible futures, as the specificity of one’s situated awareness spills over into the indeterminacy of that which is yet to take shape. In her 2021 monograph artist and philosopher Erin Manning rallies for what she refers to as a Pragmatics of the Useless and I detect in these works an echo-ing of this call. These works present the enactment or performance of volitant and volatile creative forces that urge one towards an opening up to new and inventive ways of seeing and doing. These works display dynamic mappings of the speculative middle as an ever-unfolding movement towards the yet-unknown and undiscovered, rather than returning to stale, albeit, normalised refrains of what we assumed as certain before. What a Pragmatics of the Useless proposes [and I quote] “value must [...] be activated each time anew [...] art must never seek to define, in advance, its value. It must never claim to know how its form will make itself felt. Taking-form is art’s risk. It must not know in advance what its taking-form can do. It must always move beyond its settling into use value” [end quote] (Manning, 2022, p. 23). When encountering these works I do so not as mere images, ‘useful’ in their visual appeal, but rather as propositional probes or affective lures that invite us to open ourselves up to the uncertainty of our moment. Not with a sense of fear or overwhelm, but with an awareness of the unbounded potential of what might come. With these works, Bevan, Maaike and Wiehan invite us into a very intimate space, to engage with the process of form-it-its-taking. They are sharing with us the volitant nature of creativity in-the-act and the volatility that comes with being open to that process, to its rewards as well as its risks. I want to congratulate and thank all three of these artists for energising us, for inspiring us and for showing us, through the lived experience of making, what it might look like to build futures yet to come. Thank you! I hope that you all enjoy the exhibition! 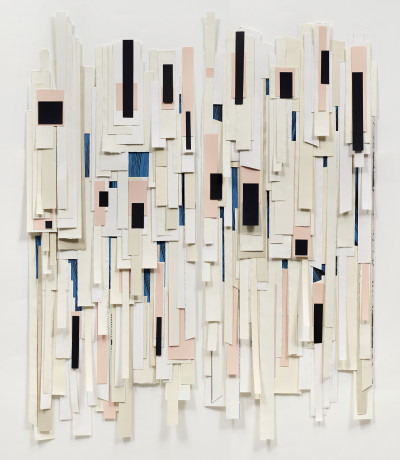 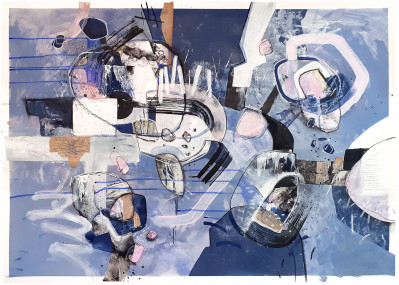 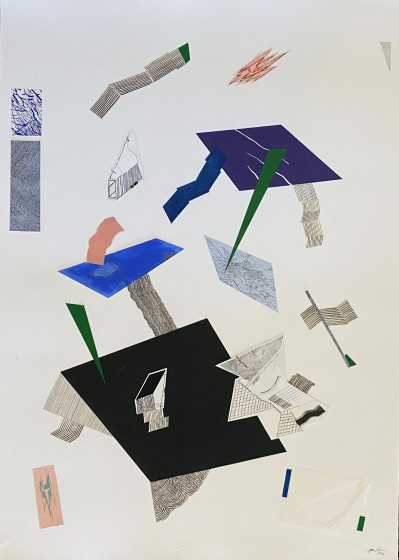 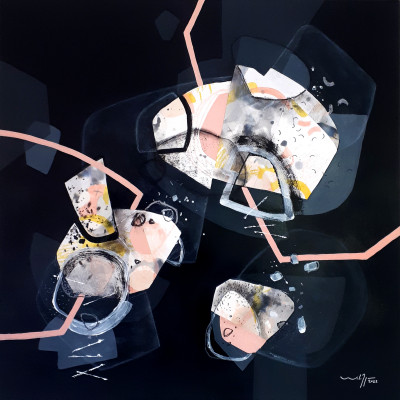 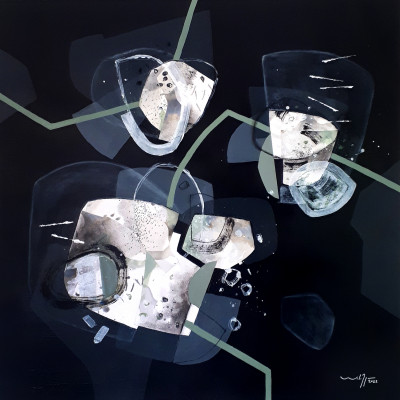 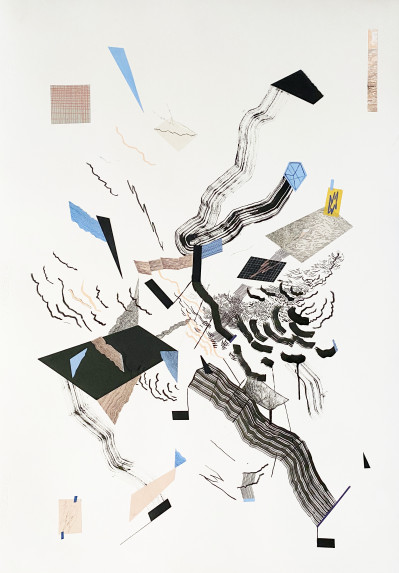 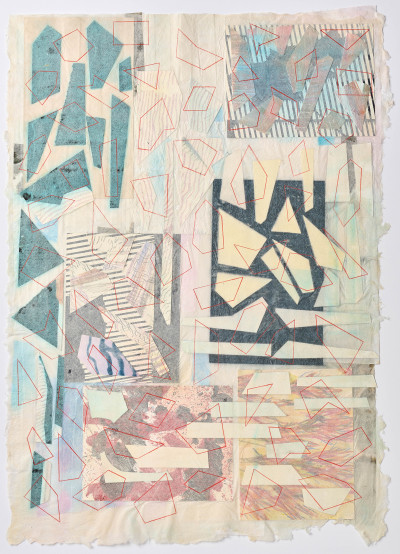 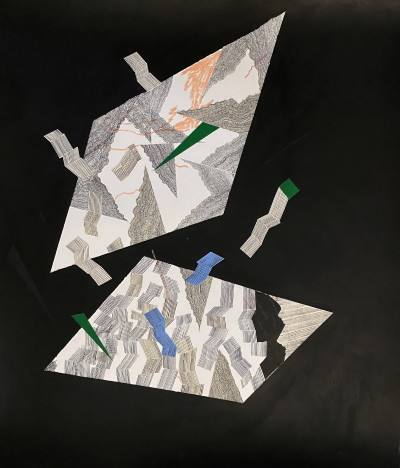 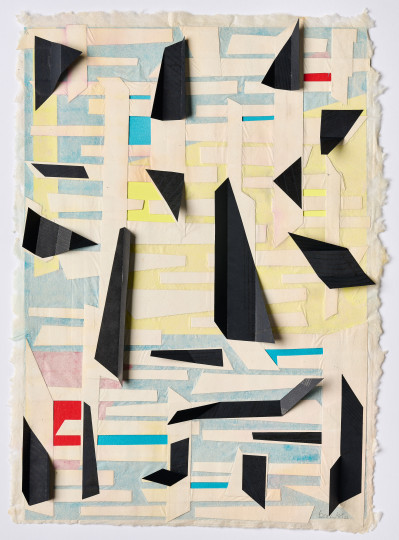 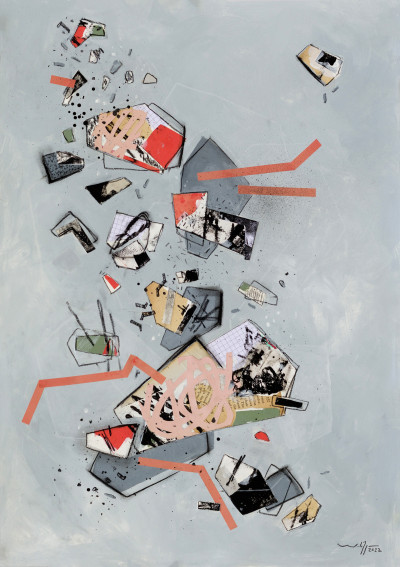 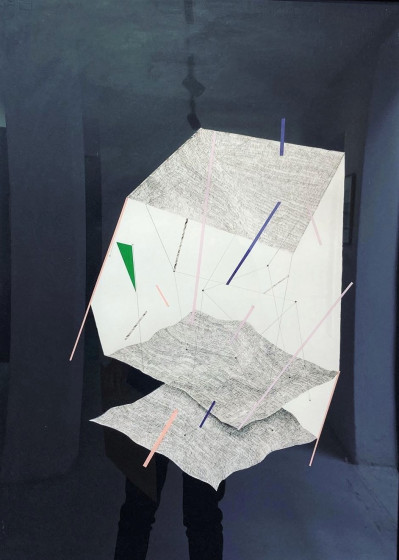 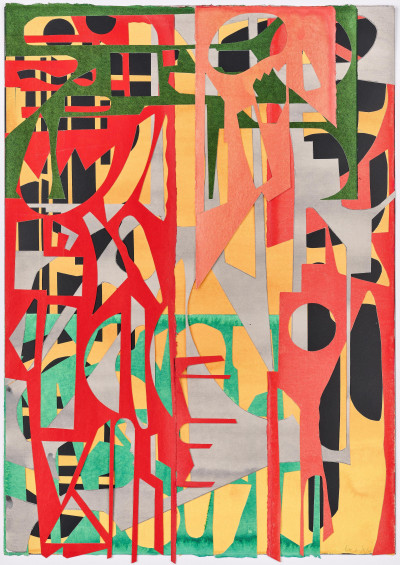 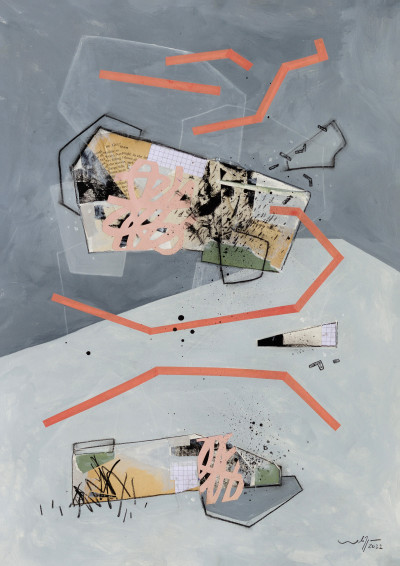 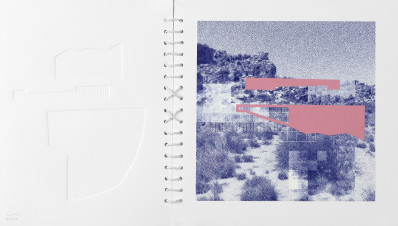 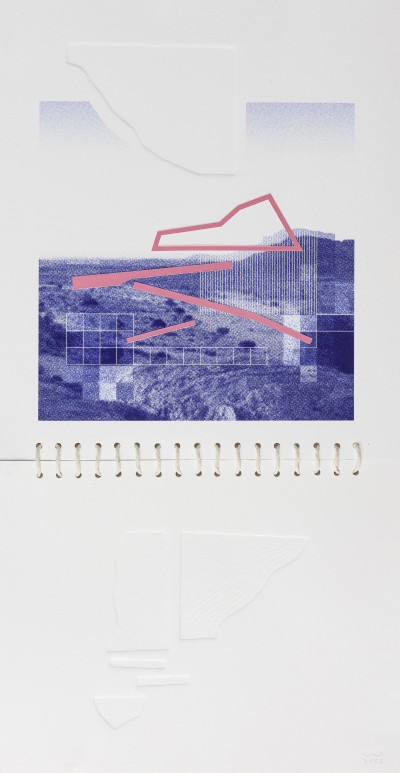 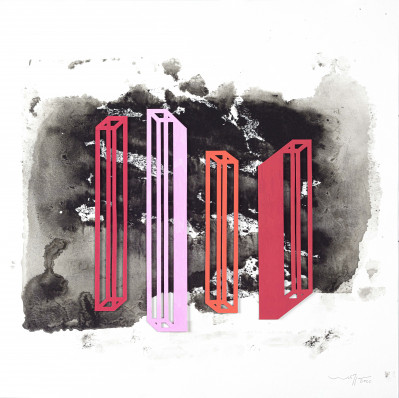 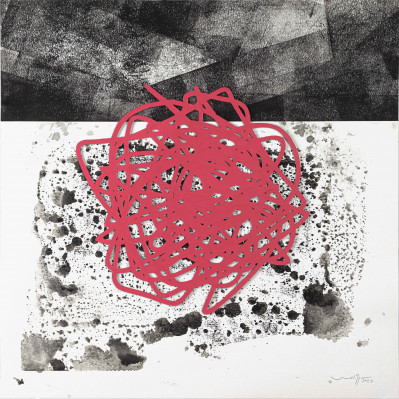 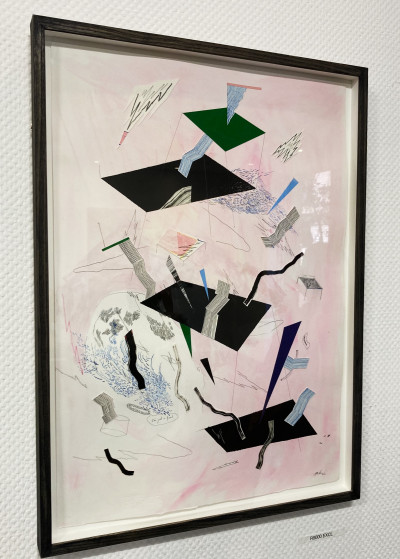 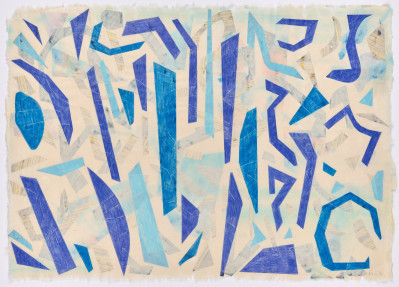 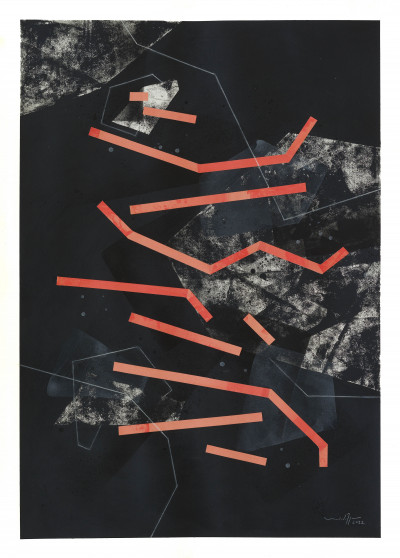 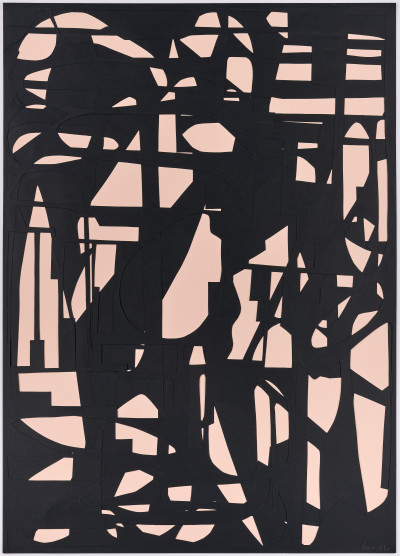 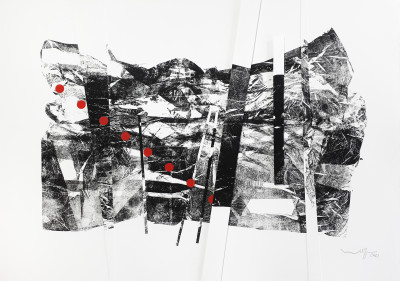 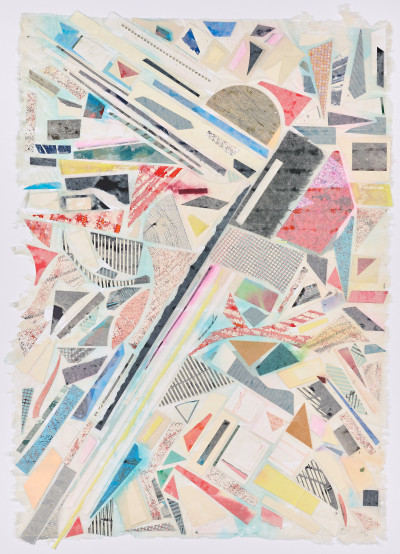